Stop Preparing For The Last Disaster

When something goes wrong, we often strive to be better prepared if the same thing happens again. But the same disasters tend not to happen twice in a row. A more effective approach is simply to prepare to be surprised by life, instead of expecting the past to repeat itself.

If we want to become less fragile, we need to stop preparing for the last disaster.

When disaster strikes, we learn a lot about ourselves. We learn whether we are resilient, whether we can adapt to challenges and come out stronger. We learn what has meaning for us, we discover core values, and we identify what we’re willing to fight for. Disaster, if it doesn’t kill us, can make us stronger. Maybe we discover abilities we didn’t know we had. Maybe we adapt to a new normal with more confidence. And often we make changes so we will be better prepared in the future.

But better prepared for what?

After a particularly trying event, most people prepare for a repeat of whatever challenge they just faced. From the micro level to the macro level, we succumb to the availability bias and get ready to fight a war we’ve already fought. We learn that one lesson, but we don’t generalize that knowledge or expand it to other areas. Nor do we necessarily let the fact that a disaster happened to teach us that disasters do, as a rule, tend to happen. Because we focus on the particulars, we don’t extrapolate what we learn to identify what we can better do to prepare for adversity in general.

We tend to have the same reaction to challenge, regardless of the scale of impact on our lives.

Sometimes the impact is strictly personal. For example, our partner cheats on us, so we vow never to have that happen again and make changes designed to catch the next cheater before they get a chance; in future relationships, we let jealousy cloud everything.

But other times, the consequences are far-reaching and impact the social, cultural, and national narratives we are a part of. Like when a terrorist uses an airplane to attack our city, so we immediately increase security at airports so that planes can never be used again to do so much damage and kill so many people.

The changes we make may keep us safe from a repeat of those scenarios that hurt us. The problem is, we’re still fragile. We haven’t done anything to increase our resilience—which means the next disaster is likely to knock us on our ass.

Why do we keep preparing for the last disaster?

Disasters cause pain. Whether it’s emotional or physical, the hurt causes vivid and strong reactions. We remember the pain, and we want to avoid it in the future through whatever means possible. The availability of memories of our recent pain informs what we think we should do to stop it from happening again.

This process, called the availability bias, has significant implications for how we react in the aftermath of disaster. Writing in The Legal Analyst: A Toolkit for Thinking about the Law about the information cascades this logical fallacy sets off, Ward Farnsworth says they “also help explain why it’s politically so hard to take strong measures against disasters before they have happened at least once. Until they occur they aren’t available enough to the public imagination to seem important; after they occur their availability cascades and there is an exaggerated rush to prevent the identical thing from happening again. Thus after the terrorist attacks on the World Trade Center, cutlery was banned from airplanes and invasive security measures were imposed at airports. There wasn’t the political will to take drastic measures against the possibility of nuclear or other terrorist attacks of a type that hadn’t yet happened and so weren’t very available.”

In the aftermath of a disaster, we want to be reassured of future safety. We lived through it, and we don’t want to do so again. By focusing on the particulars of a single event, however, we miss identifying the changes that will improve our chances of better outcomes next time. Yes, we don’t want any more planes to fly into buildings. But preparing for the last disaster leaves us just as underprepared for the next one.

We rarely take a step back and go beyond the pain to look at what made us so vulnerable to it in the first place. However, that’s exactly where we need to start if we really want to better prepare ourselves for future disaster. Because really, what most of us want is to not be taken by surprise again, caught unprepared and vulnerable.

The reality is that the same disaster is unlikely to happen twice. Your next lover is unlikely to hurt you in the same way your former one did, just as the next terrorist is unlikely to attack in the same way as their predecessor. If we want to make ourselves less fragile in the face of great challenge, the first step is to accept that you are never going to know what the next disaster will be. Then ask yourself: How can I prepare anyway? What changes can I make to better face the unknown?

As Andrew Zolli and Ann Marie Healy explain in Resilience: Why Things Bounce Back, “surprises are by definition inevitable and unforeseeable, but seeking out their potential sources is the first step toward adopting the open, ready stance on which resilient responses depend.”

Giving serious thought to the range of possible disasters immediately makes you aware that you can’t prepare for all of them. But what are the common threads? What safeguards can you put in place that will be useful in a variety of situations? A good place to start is increasing your adaptability. The easier you can adapt to change, the more flexibility you have. More flexibility means having more options to deal with, mitigate, and even capitalize on disaster.

Another important mental tool is to accept that disasters will happen. Expect them. It’s not about walking around every day with your adrenaline pumped in anticipation; it’s about making plans assuming that they will get derailed at some point. So you insert backup systems. You create a cushion, moving away from razor-thin margins. You give yourself the optionality to respond differently when the next disaster hits.

Finally, we can find ways to benefit from disaster. Author and economist Keisha Blair, in Holistic Wealth, suggests that “building our resilience muscles starts with the way we process the negative events in our lives. Mental toughness is a prerequisite for personal growth and success.” She further writes, “adversity allows us to become better rounded, richer in experience, and to strengthen our inner resources.” We can learn from the last disaster how to grow and leverage our experiences to better prepare for the next one. 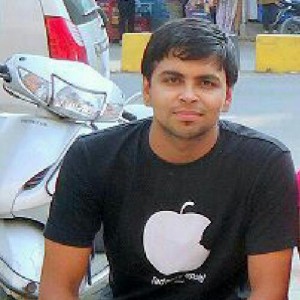 Stop Preparing For The Last Disaster

The Psychology of Human Misjudgment, by Charlie Munger